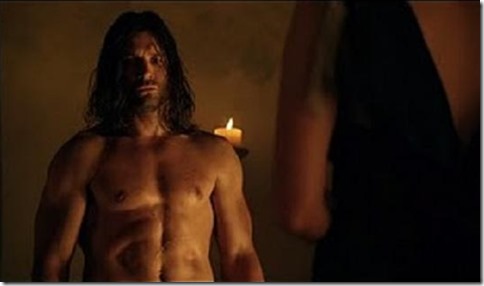 Manu Bennett looks like he is sculpted out of the finest piece of marble and then sprayed with the perfect tone of bronze. He is the man I would have gone for in the days of savagery for sure! Could you imagine wrapping your legs around that ass?

Manu Hacked is doing this particular scene in Spartacus: Blood and Sand. He has co-starred in all of the Spartacus TV series so far.  Watch Manu for his third time jordan sale in the role of Azog in the film The Hobbit: The Battle of the Five Armies. It is due to be released December 17, 2014.